So, last month I said that I'd finish Pride & Prejudice and also read another for book four. Well, I must admit I failed once again with book three. I don't know what it is about that book, but I could not get myself to finish it. I don't know if it's because I know how it ends already or because it's just way too long for me, but I tried and decided to just be lazy.

As the end of the month neared, on the 26th to be exact, I again had that sudden realization that I should follow through on my resolutions. Just because I failed the previous month, doesn't mean I shouldn't let it affect how I will be the rest of the year. I decided to pick up yet another book that I had laying around and told myself to just power through it. That book was And Then There Were None by Agatha Christie. It was highly recommended by my sister, Pamela, so I knew it was going to be good. She has pretty good taste when it comes to books. :) 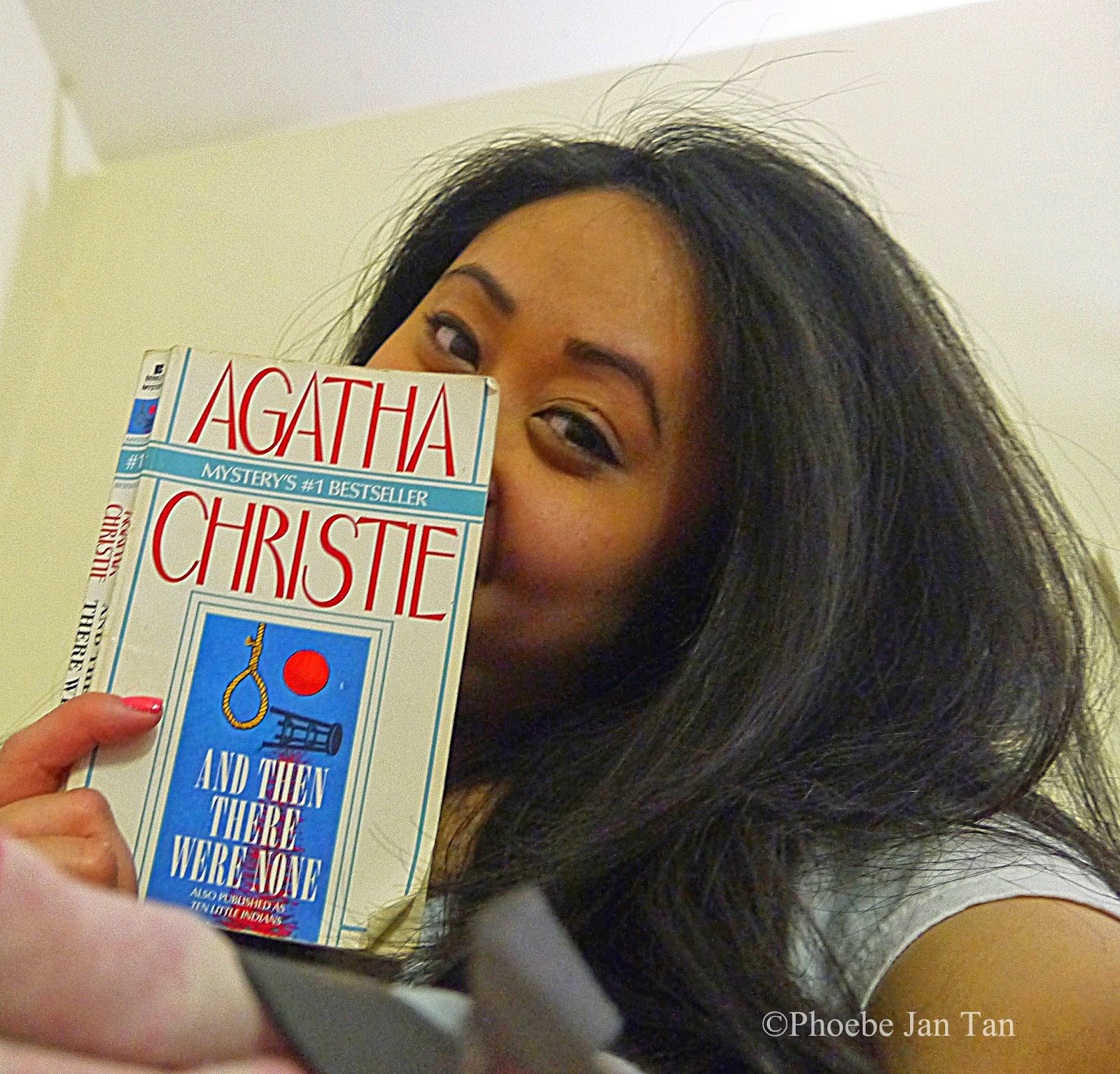 Boy, was I right! This was my first mystery novel and I really enjoyed it. I was afraid it was going to be scary for me and I wouldn't be able to sleep at night, but it actually wasn't that bad. It's such a crazy story! I don't want to give too much away, but here's a quick synopsis....

Ten people are summoned to an island for different reasons. Then each of them are murdered one by one in the exact same way as the characters of a nursery rhyme.

Not only are the murders crazy, but the revelation of the murderer and that person's story will blow your mind. It makes you think (and scared of) how smart some people really are and the things they can get away with.

Well, I also recommend this book, especially if you love yourself a good mystery. Once you start reading, you won't want to put it down. That's what happened to me. Haha.

Labels: agatha christie, and then there were none, book of the month
Newer Posts Older Posts Home
Subscribe to: Posts (Atom)