Have you guys seen the 3.1 Phillip Lim for Target collection? What am I thinking? I'm sure you guys have. Omg...what a great collection, right? He has such cute items and even the handbags are so adorable! I was so bummed to find out how quickly his items sold out in stores and online! It's sad to say this, but every time I enter Target, my sister Peejay and I would quickly scan the Women's clothing and Accessories section to see if they had anything left and no luck every single time (with our sizes anyway).

Well, last Friday, my sister and I took a quick trip to Target during our lunch break to buy a few things for a wedding we were attending the following day. So, of course, Peejay went straight for Women's clothing to look for the Phillip Lim section, but it was all gone. I then told her I wanted to look at the handbags to see if I can find a cute clutch to wear with my dress. As I was browsing through the different bags, a particular bag caught my eye. It was a Phillip Lim bag in black! I went to grab it and saw a smaller bag next to it. It was a small bag in yellow! Then it hit me...there had to be more of his things in the store. So, I had a crazy idea and told Peejay to look at the Sale/Clearance section for the clothing items. We searched through all the Clearance section and I was right! We found a bunch of his items there and with the prices cut down! Here are the pieces I ended up buying. 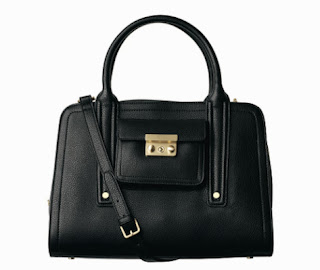 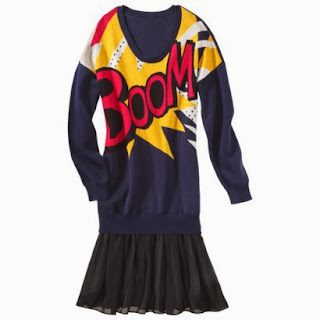 (image from here)
I wasn't too crazy about this as a dress, but I so love the sweater part.
So I plan on cutting the skirt off. :) 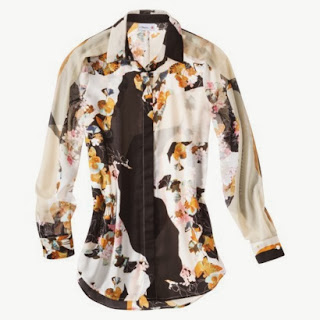 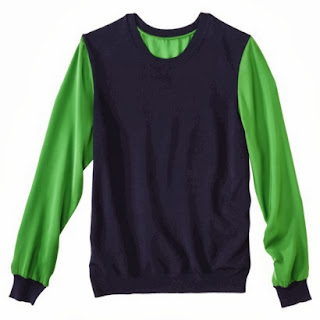 I can't wait to wear them, especially my "Boom" sweater. It's so cute!

Well kiddies, I have to say that the lesson to be had here is to never give up. Haha. I really gave up on the idea of finding at least one of his handbags at my local Target store and would you look at that! I found not one, but two (my sister bought the little yellow bag)! Just keep searching and don't forget to look in the Clearance section. :)

"what's the fun in doing what you're told?"

Omg. September flew by so quickly! I'm not complaining though cause I just had one of the best weeks of my life and I wish I could "stop the tape and rewind." ;)

First, I finally got to see the great Sara Bareilles in concert at Radio City Music Hall with my girlfriends Sheila and Jill. I was so excited for this concert for two reasons. One, it was my first time walking into Radio City and two, it's Sara Bareilles! She is one of my favorite musical artists. I can't express enough how beautiful her voice is, especially live. All I can say is that I wish I was able to sing like her. I love her voice and her songs. They're all so well written and some have really great messages in them. She is definitely one talented
person. 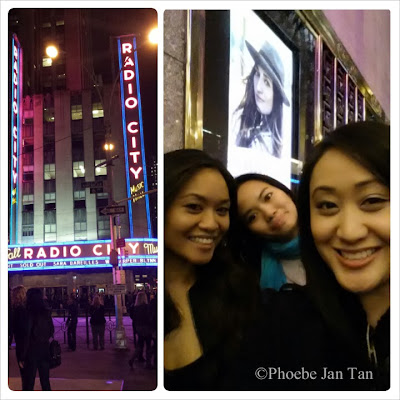 The next night, I went to Bowery Ballroom to see The 1975 in concert with my sisters and my brother in law. They are this up and coming British alternative indie rock band and they are absolutely amazing. I downloaded their album in September and fell in love with all their songs. I can't even describe their sound. I feel like they have a mixture of Rock, Pop, R&B, and a twist of the 80's. It's pretty good. If you can appreciate all those genres, then I guarantee that you'll enjoy at least 5 songs off their album. I haven't even listened to anything else since. It's that good.

Here's one of my favorite songs. Go ahead and listen to it. I think you'll like it. :)

Did I forget to mention that all of them are HOT? Or as the British would say...they're all fit blokes! Oh yeah, and this happened that night too. 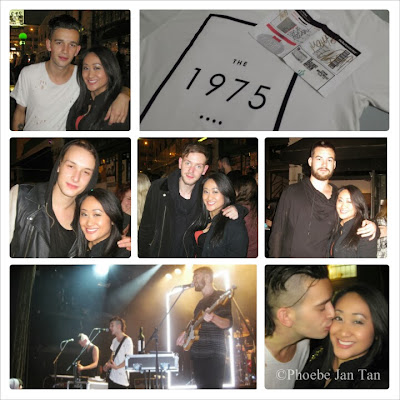 Yes, I got to meet the band after the show! After they left the stage, I went to purchase their shirts because I read on Twitter that if you buy a shirt or their CD, they'll give you these passes to meet them (and I also bought a shirt to support them of course! haha). Unfortunately, they didn't give out any passes with your purchase, which was pretty upsetting. When I stepped outside though, I saw a bunch of people just standing out by their tour bus and so naturally, I did the same. Then this guy came out, who looked like he was a part of their management team, and announced that the band would be coming out to sign autographs and take pictures with everyone. So everyone just formed a line against the tour bus and one by one everyone got to meet the guys. They were absolutely such nice guys. Can you tell how happy I was? I swear I was so nervous, but so happy at the same time! I think I may have gotten a bit star struck cause I couldn't think of things to say to them! Well, except for George, but that's cause he was the last person I met. I actually had decent conversation with him about the cut on his hand. He was so cute cause he looked so surprised that I asked how his hand was doing. He said with a smile, "Oh you saw my picture on Instagram?" I was like, "HELL YEAH!" (ok I totally didn't say that out loud haha). I was just like "Yeah... it looked so bad!" He then preceded to tell me what happened to it and he even showed it to me. Haha. Oh man, I would really like to relive that night right now. :) Yes, I'm totally fangirling right now. (Note to self: Buy tickets to their next show in NYC.)

Well, enough of that cause I can go on and on about that night. I definitely left out a lot of details, but they're not that interesting...or are they? ;) Hope all is well though! Talk to guys soon!